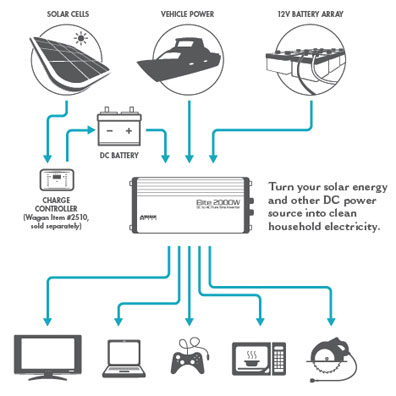 Compared to the traditional inverters, which output in modified sine wave, AC power in pure sine wave is more similar to commercial power. The electronic appliances run cleaner, cooler, and quieter when running on pure sine power. As a result, pure sine inverters save energy costs and extend the life of appliances.

Pure Sine Inverters are especially designed to increase the efficiency and running time of electronic appliances and motors. Our Inverters operate at less than 3–5% of Total Harmonic Distortion (THD) on average and 90% efficiency across the line.